The Legacy of Peer Support 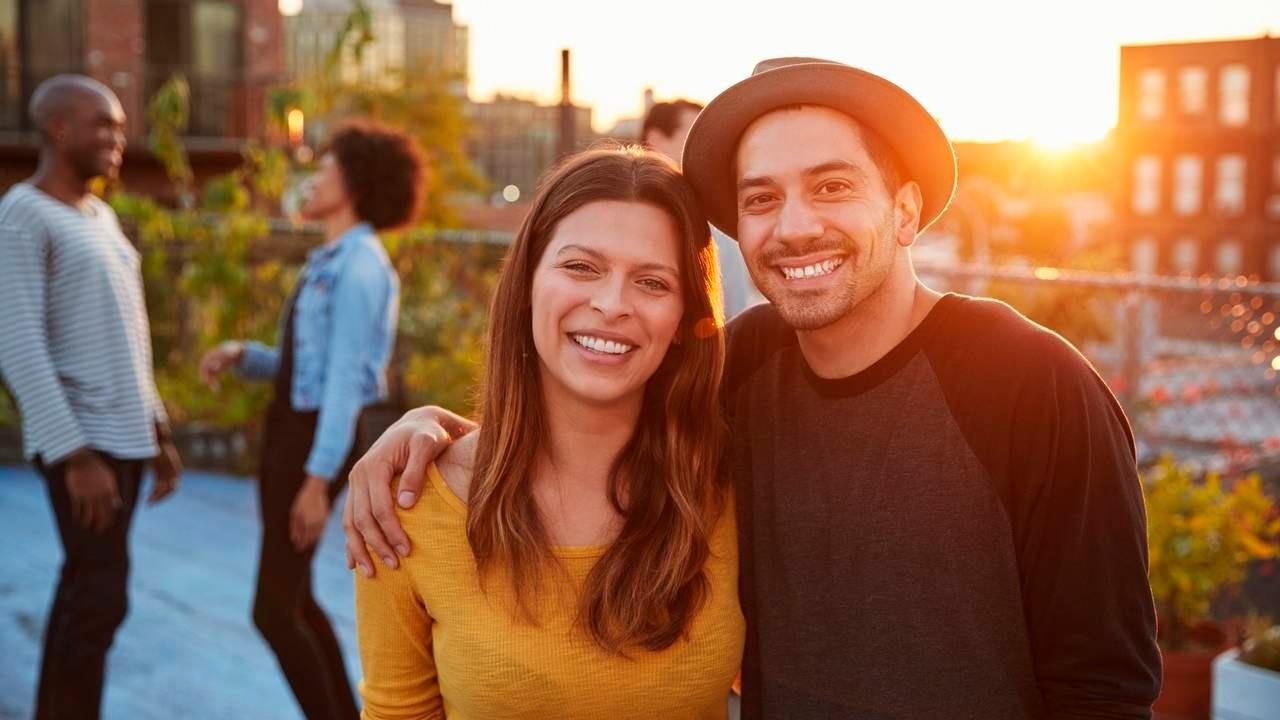 In contemporary times, we are seeing a rise in the numbers and types of peer-run programs across the United States. This is encouraging because many of us know through experience that peer-support works. Additionally, there is growing scientific evidence to support the efficacy of peer-run programs in supporting recovery1.

There are over 300 first-person accounts of madness published in the English language2. This body of self-published accounts comprises a type of witness testimony and is an important part of the legacy of peer support3. The earliest accounts by former asylum inmates urging reform originated in the United Kingdom in the early 18th century. In America, early first-person accounts included those by Elizabeth Stone4, Isaac Hunt5, Elizabeth Packard6, and Clifford Beers7. Accounts such as these were written, not as an expose' of the mind of madness, but as a type of protest literature aimed at mobilizing public outrage and reform of the inhumane conditions found in most mental institutions. Thus, although written by individual advocates, most of these first-person accounts reached beyond individual concerns and mobilized former patients, the general public, legislatures, policymakers and even the professions to improve services for all people diagnosed with mental disorders. Thus the legacy of peer support has always been rooted in a fundamental dialectic - that in helping oneself one must help others.

The legacy of ex-patients organizing themselves to support each other and speak for ourselves dates back to 1838. Following his confinement in a madhouse, Richard Paternoster placed an advertisement in the London Times for ex-inmates to join in a campaign to reform the madhouse system. He was joined by four former inmates and in 1845 they named their fledgling organization the Alleged Lunatics' Friend Society. At its height, the group boasted 60 members and remained active for nearly 20 years. The organization took as its mission to visit individual inmates, to advocate for their needs, to press for basic rights and due process of law, and to pressure Parliament to reform the madhouse system. The group's methods included direct individual peer support inside of the madhouses, support after discharge, lobbying and legislative advocacy, as well as direct action and use of the judicial system to achieve goals8. Part of the legacy of peer support, even in this earliest incarnation, is the question of who should be included in such groups. For the Alleged Lunatics' Friend Society, the answer was that former patients made up the vast majority of the membership, but a partnership with lawyers and family members was also allowed.

Organized peer support in the United States developed in fits and starts. Ex-patient Clifford Beers conceived of what would become the Mental Hygiene Movement circa 1907-1909. However, Beers harbored a deep distrust of former patients' capacity to speak for our own needs and looked instead to progressive professionals and influential lay citizens to spearhead mental health reforms for those in mental institutions9. In a sense, Beers was an ex-patient leader without an army of self-advocates.

Then in 1937, a group of 30 ex-patients in Chicago Illinois formed an organization for themselves at the suggestion of Dr. A.A. Low of the Illinois Psychiatric Institute. With the support of relatives and public health officials, and with Dr. Low as the president, the group called itself Recovery Inc. and set about changing discriminatory state civil service applications and winning more just commitment proceedings. By 1939 the group was attracting 200 members to its meetings, members were speaking on regional radio shows, and the group was publishing its own newsletter with a distribution of 1,500. However, by 1940 the group lost its ties to the state hospital, ceased its activism and adopted a new set of goals that focused exclusively on self-help10. In a sense, Recovery Inc. was a group of ex-patients who chose to follow a psychiatrist, rather than one of their own.

As noted below, it was not until the late 1960's that ex-patients again began to organize in the United States. Again, the legacy of peer support emerged as ex-patients joined with radical therapist collectives to achieve goals only to break away from them and form separatist movements. This tension between collaboration with professionals and the creation of alternatives to professional services and world-views is the legacy of peer support and remains a creative tension in contemporary times.

Finally, it must be noted that the legacy of peer support is largely unpublished and unrecorded. Take, for example, the story of Jenni Fulgham:

Jenni Fulgham is an 81-year old African American woman living in the small town of Zuni Virginia. In 1947, she was admitted to the racially segregated Central State Hospital in Petersburgh Virginia and diagnosed with paranoid schizophrenia. After discharge, Miss Jenni went on to work for the phone company for twenty years in New York City and in many ways, her life resembled those of most citizens. However, she never forgot her experience in the state hospital or the people she left behind there. In 1961 she and another former patient got a van and began to visit and encourage patients at the city's mental institutions. In 1978 she returned to her rural hometown and established The Zuni Federation for Mental Health. Clearing and leveling three acres of land with nothing but a shovel and wheelbarrow, Miss Jenni created a retreat where former patients are welcomed at no cost.

Miss Jenni's story was not written in the newspaper or in the professional journals. The reason we know her story is that ex-patients set out to collect oral histories of people of color in mental health systems11. Miss Jenni's story is the story of perhaps hundreds or even thousands of others This unwritten legacy must be woven together from bits and fragments of evidence: artifacts left in patient's suitcases and found a century later by ex-patients12; oral history projects; ex-patient publications such as Madness Network News Third World Issue with contributions from Luisah Teish13 and Arlene Sen14; patient comments recorded in clinical records15 and ex-patient radio broadcasts from WBAI-FM on the East Coast and Pacifica Radio on the West10. Through these artifacts we catch a glimpse into the informal, unregulated, compassionate and spontaneous soul of peer support. It is this soul that is both the legacy and the future of peer support.

As we have seen peer support and peer-run programs exist at an intersection of tensions that are historically rooted. One of the ways to visualize that intersection is as follows: 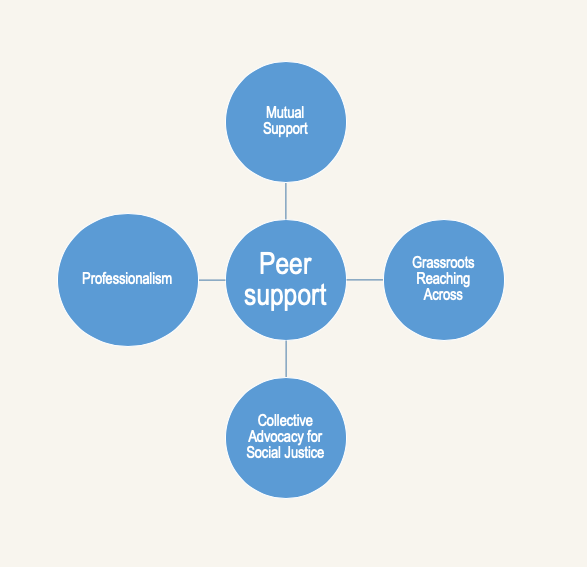 Peers working in peer-run programs can use this diagram to begin to think about some of the difficult questions we face as we develop our programs. For instance, if we have simply adopted a professional world-view, vocabulary and way of working, and have trained our peer-specialists to work in exactly the same way as staff in traditional programs, then something elemental to peer support has been lost. Locating peer work within the tensions represented by this grid begins to place our work in the context of our historical legacy.