The Trouble With Compliance 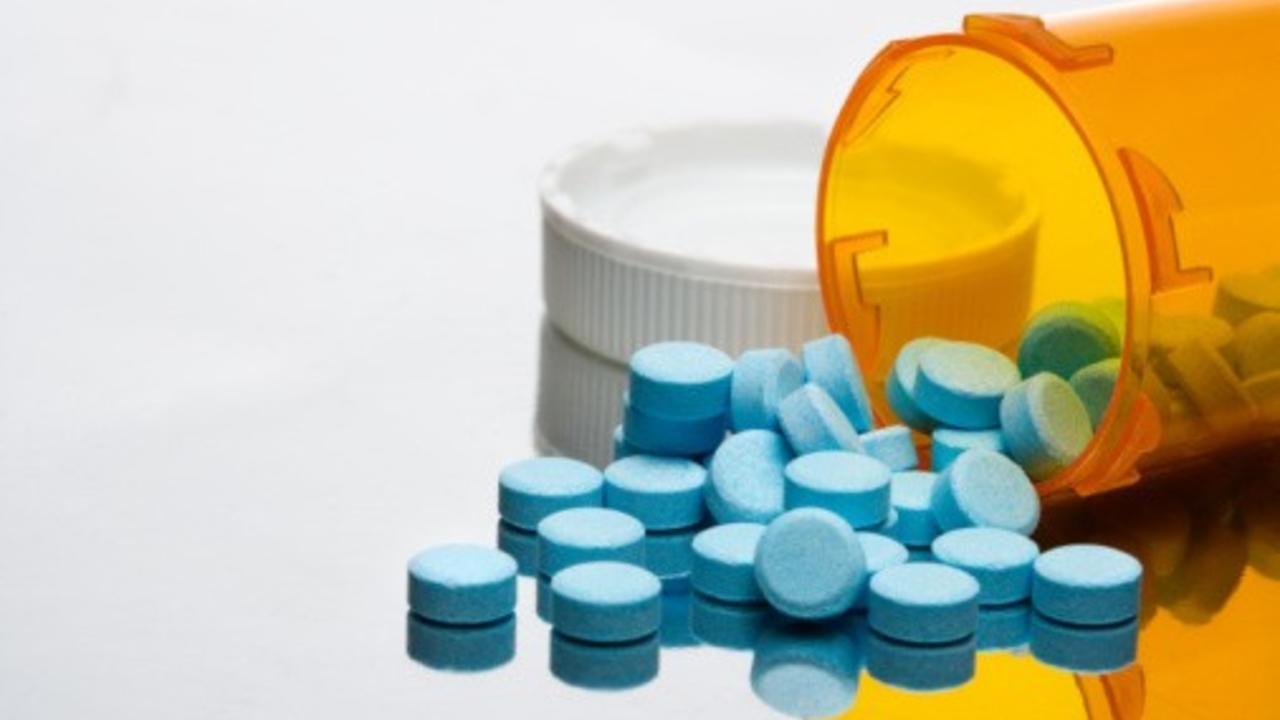 When examined more closely, follow-through with treatment is a complex cluster of behaviors and decisions. Here’s an example:

Harry has been working with a mental health team for a year. His goal is to finish his degree in web design at a local community college and someday work as a freelance developer. Harry has been active with many members of the team. He works with the psychiatric care provider and is prescribed olanzapine for symptoms of psychosis and quetiapine PRN for sleep. He meets with his primary clinician weekly for therapy and the supported employment and education specialist to return to school. Harry has gained weight since beginning treatment with antipsychotic medication. Recently his labs were positive for elevated blood sugar and he has been prescribed metformin. He has visits with the team’s wellness nurse for nutritional counseling. Harry also meets with the peer specialist weekly to work on healthy lifestyle modifications, including going to the gym together. He also attends a healthy lifestyle group with other young people served by the team.

Harry’s treatment plan is fairly straightforward and rather typical. However, when we look closer, there are complex clusters of decisions that Harry must make in order to follow through with his care plan. This chart summarizes Harry’s annual adherence burden: 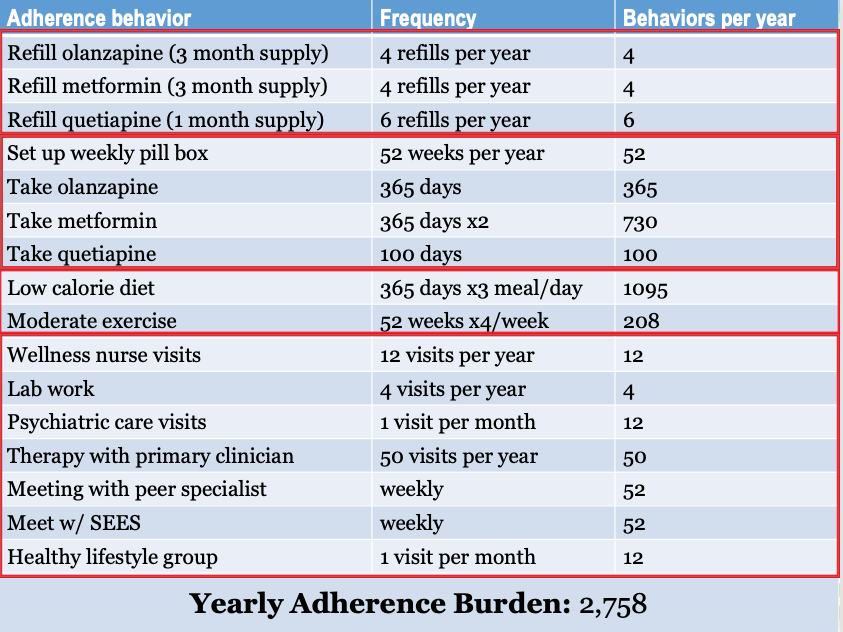 For Harry to be "compliant" with treatment, he would need to engage in 2,758 behaviors annually in order to follow-through with his treatment plan.  Specifically, he would have to engage in 14 refill tasks annually; make 1,247 decisions to take pills; make 1,303 lifestyle modification choices annually and attend at least 194 appointments per year.

The framework of compliance and non-compliance does not begin to capture this complexity of the decision-making process people engage in to follow through with treatment. The framework is an oversimplification. It fails to help the team understand the nuanced decisions people make about treatment follow-through. When we say a person is non-compliant, we are most likely referring to one aspect of the treatment plan they are not following. In doing this, we neglect the aspects of the plan a person may be making the choice to follow through with. In this sense, compliance obscures important details. It brings premature closure and dulls the team’s curiosity. Saying a person is non-compliant shuts down the conversation and, in that sense, is an oppressive framework. It makes the situation into a problem to be solved as opposed to a conversation which could be inquisitive and supportive. The compliance framework leaves the team asking, “how can we get this person to take medicine?”. That’s a trap because the team’s stance becomes oppositional, instead of supportive. For these reasons, the framework of compliance/non-compliance can lead to less effective clinical and peer practice.

It's time to jettison the binary construct of compliance.  We humans are far more complex and wonderful than that.